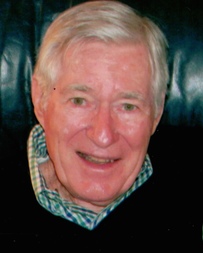 Alton Marvin Faires, 89, died suddenly but peacefully at his home, entering eternal life on Tuesday, February 16th. He spent his last day on earth doing what he loved most - spending time with friends and family and tutoring young children. Al was born March 26, 1926 to Earl Whitesides and Mary Spratt Faires at his grandparents' home in the Steele Creek community of Mecklenburg County. The family moved to Wallace, NC, where as a youth one of his proudest moments was becoming an Eagle Scout. He was a graduate of Clement High School in Wallace, class of 1943 and was instrumental in keeping his high school classmates connected over the past 73 years. After graduation, Al attended NC State University, completing his freshman year. He then joined the United States Air Force, serving in its cadet core until the end of World War II. Al was honorably discharged, as he loved to say, "for the convenience of the government." He then returned to NC State and graduated with a degree in ceramic engineering in 1948. Al married his beloved bride, Jeanne Gillespie Halyburton, on September 1, 1948 at West Raleigh Presbyterian Church. He took his first job with US Gypsum Corporation and relocated to Oak Park, IL. Not long after, Al accepted a position with the Olin Chemical Corporation in Pittsburg, PA. While in Pittsburg, Al and Jeanne welcomed their firstborn daughter, Mary "Aleanne" in 1950. In 1952, Al moved his young family to Richmond, VA where they welcomed daughters Virginia "Anne" in 1953 and Margaret Phiffer in 1957. Al and Jeanne moved to Charlotte in 1959, where he remained the rest of his life. During his long career with the Olin Corporation, Al was a double recipient of the coveted "Circle Award," awarded to the company's top salesmen. He retired from Olin in 1991 and enjoyed many years of happy retirement devoted to his cherished family and giving back to his community. Al and Jeanne were faithful members of Selwyn Avenue Presbyterian Church, where he was an active member for over 50 years. He served his church as deacon, elder and chairman of the Building and Grounds Committee. Al devotedly served with Habitat for Humanity, since its inception in 1983, volunteering as a project foreman for over 25 years. Additionally, he volunteered with Room in the Inn, Meals on Wheels, Second Harvest, and as a tutor for elementary students at Montclaire Elementary School. Al's hobbies included playing tennis as a long time member of the Queen City Tennis League and handcrafting beautiful furniture in his woodworking shop. Following Jeanne's death in 1999, Al married Jane Pope in 2001. Al and Jane were happily married for 12 years, until her death in 2013. Al was a devoted husband, father, grandfather, and great grandfather. He was immensely proud of his family and looked forward to every opportunity to show his love and support. He was never happier than when he attended his grandchildren's sporting events, music recitals, graduations and weddings. It was a beautiful picture of love to see him hold each one of his seven great grandchildren. Al is preceded in death by brothers James S. and Earl W., Jr. and is survived by brother Archie B. Faires. Surviving to cherish his memories are daughters Aleanne Kennelly and husband, Kevin, Anne Barnes and husband, Clay, Margaret Morris and Eric Rodriguez, all of Charlotte. He is also survived by six grandchildren - Kevin Kennelly, Jr. and wife, Lee, Brian Kennelly and wife, Tina, Ellen Barnes LeRoy, and husband Lem, Elizabeth Barnes and husband, Ross Cameron, Lindsay Morris Manet and husband Brian, and Michael Morris. In lieu of flowers memorials may be sent to Selwyn Avenue Presbyterian Church or Habitat For Humanity, Charlotte. -

To order memorial trees or send flowers to the family in memory of Alton Marvin "Al" Faires, please visit our flower store.