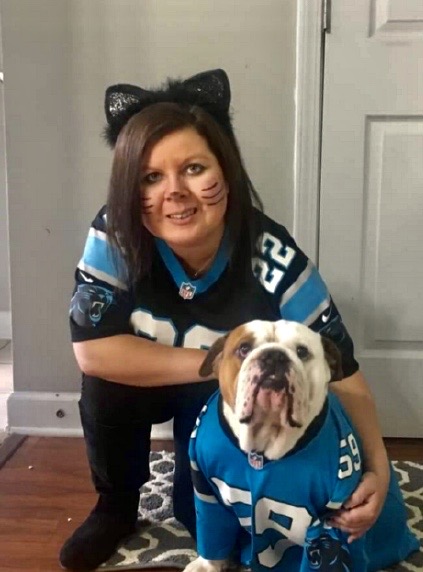 Amanda was born to Tung and Ann Nguyen on September 17th, 1988

She was loving and caring.  A very vibrant child. Everything in her world was hearts and flowers and love. She often would talk about God and people she would see.

Which wouldn’t surprise most but this was at age 3. Her interest in God brought her Mother and Father to seek a church for their family. After time and many church changes, the family joined Mill Grove United Methodist.

Amanda attended Piedmont High school and transferred to Porter Ridge where she graduated in 2007.

Although her heart led her in a different line of work, Amanda took childhood development classes and began working as a Preschool teacher for her church. This became her career and love. She enjoyed working with the children often referencing them as “Her Kids” She loved to share the word of God. And teach of God's love and kindness.

Amanda worked for 9 years teaching and ministering she loved them 3’s.

Amanda was highly involved in the church. She began with mission work to Mississippi several times to help build homes for those who lost theirs. To Kentucky to minister and hand out warm blankets and coats to families. A summer beach project where she would have her first job, working in the deli at Bi-Lo she was excited but scared of the “Slicer” Amanda’s faith and love for the Lord grew that summer leading her to commit her life to the Lord January 2nd, 2011 thus becoming a very special day as she remembered as a “Spiritual Birthday” Amanda loved to share God’s word and often would lead people to Christ. She was Pure Hearted and God’s grace and glory shined through her

Amanda was a loving sister to her brothers always supporting them in their athletics. Going to all the games and cheering them on. Becoming a “Water Girl” just to be closer to the field. She earned a position as a Team Manager. Often expressing how proud she was of them. As they considered her as the “Momma Hen”

In 2013 Amanda met whom she called the Love of her life Joshua Ray Thomas, a funny story she would share as they met in a GNC store where Joshua worked at the time. This led to a friendship and Amanda often expressed her love for the Lord to Joshua. Which brought them closer together and led to an engagement and married on August 9, 2014. The newlyweds attended church at Hickory Grove Baptist  Amanda loved her new church and looked forward to Sundays. Soon they became parents to an English Bulldog “Ace” Amanda loved and cared for Acey as her very own child. She even went to extreme measures to save his life and mend him back to health after he ate a rope and a towel.

Amanda loves the holidays and decorated her home as such. She enjoyed Thanksgiving and often expressed the things she was thankful for. She couldn’t wait till the day after the tree was sure to go up!

Christmas was the delight in her eyes! It was a time she loved in the classroom and with her family. And most of all a celebration of Christ birth.

Amanda enjoyed getting her nails and hair done! She loved shopping. Her favorite store was Lakeshore (the Teachers store) of course. She loved going for coffee and small talks with friends. Vacationing with friends and family always puts a smile on her face. Her favorite place is White Lake NC.

On November 19, 2017, Amanda lost her vision while driving and was in a terrible accident. She walked out of the accident without even a scratch. And checked out fine at the ER. Two weeks later her Mother felt something just wasn’t quite right and brought her back to the hospital for a CAT scan thinking she may have a concussion. This revealed heartbreaking news of a Brain Tumor Glimoblastomia a biopsy later revealing a Mutant gene stage 4 Cancer making it the worst of its kind.

Amanda was given 1 week live-in January 2018 however God had a different plan as she was not sent to hospice but rehab and released home on February 13th.   Amanda received only radiation and new clinical medication. In November 2018 the tumor had shrunk to nearly nothing and was unseen on scans. Amanda had regained sight and was able to return to normal activities. In August 2019 the tumor had regrown a small size but grew rapid in two weeks…. The doctors were unable to continue treatment and gave her a few weeks to live just before her 31st birthday. She continued to live life. Amanda went to the beach for her birthday with family and attending sporting events to support her brothers. She spent time with her friends going to shows and dinners and girl's nights. In October Amanda had developed two blood clots in her leg and on November 13, 2019, a new scan would show a Cyst had formed on her brain.

This caused her to lose strength on her right side. A visit to the ER on November 18th, 2019 for no more than a possibility of dehydration, would lead the doctors with no options as the cyst had herniated and shifted downward on her spine this would cause breathing issues and lead her into a coma and a peaceful passing on. Amanda was surrounded by an “Astonishing” amount of family and friends at her side.

During, the past two years Amanda spoke of her intimacy with the Lord. How Jesus walked with her and talked with her. She reminded us each day how much God loved and cared for her. And how he was in charge of her life, that he makes all the decisions concerning her welfare.

Amanda’s faith was amazing! In her very words “He believes in me … because I believe in him”

To order memorial trees or send flowers to the family in memory of Amanda Nguyen Thomas, please visit our flower store.