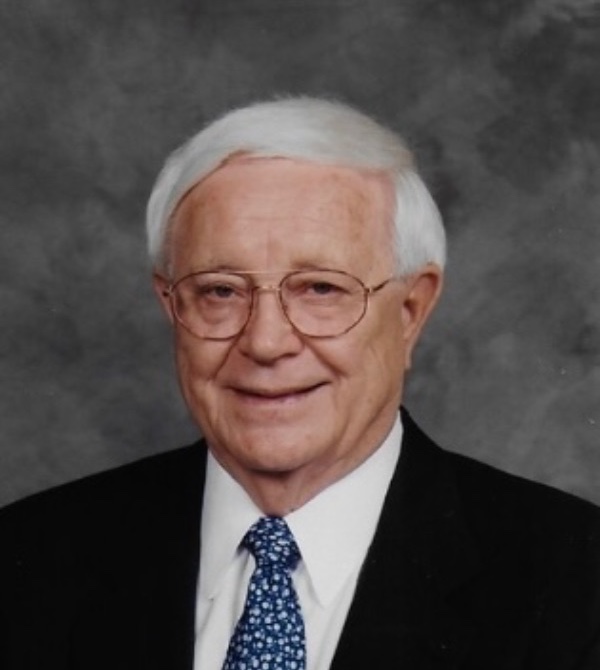 Angus Wilton Mercer, age 94, of Charlotte, NC passed peacefully into the arms of Jesus on December 23, 2021 with his beloved wife Joyce holding his hand.

Angus was born on January 28,1927 in Duplin County, NC to the late Frank and Lillian Thomas Mercer. He was a graduate of Beulaville High School and went on to graduate from North Carolina State University. He was a life-long supporter of the Wolfpack, and wore his favorite red sweater every chance he got!

After graduating Angus joined the sales force of Contractors Service as an irrigation engineer. He then served our country in the United States Air Force before returning and becoming an owner of the company. He was a pioneer in the construction equipment rental industry and was later inducted into the American Rental Association Hall of Fame. His first retirement didn’t last long. He missed the business and formed Mercer Equipment.

Angus’ business success allowed him to support his family, friends, community, church, and the Baptist Children’s Homes which held a special place in his heart. He received numerous honors and awards throughout his lifetime all while maintaining his character and integrity. He was a good Christian man, Deacon Emeritus and Mason. Angus always considered himself extremely blessed. He was a man with a head for business and a heart filled with generosity. He loved a party and was looking forward to his ninety-fifth birthday in January. His passing leaves a gaping hole in his large family.

Angus was a devoted husband and father. He will be greatly missed by his loving wife of 69 years, Joyce Maxwell Mercer and four daughters; Holly Fletcher (Tom), Kimberly Bowers (John), Laurey Walbert (Joe) and Kathy Everidge (Jackie). He was a loving Papa to his eleven grandchildren and five great grandchildren. He is also survived by his sister, Betty Sue Miller (Bill), but was preceded in death by his brother Gene B. Mercer.

To order memorial trees or send flowers to the family in memory of Angus Wilton Mercer, please visit our flower store.