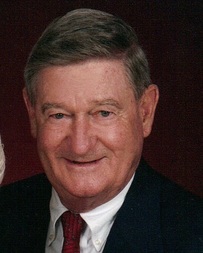 William Strong "Bill" Porter,Jr., 81, of Charlotte, passed away Thursday evening, January 9, 2014. Bill grew up in Mount Airy, NC where he became an Eagle Scout. Following high school, he graduated from North Carolina State University. After college, he served his country proudly in the US Army as a helicopter pilot. During Bill's professional career, he was employed by Patton and Associates and Vander Kaay and Associates as a manufactures' representative. His immediate family includes his wife of 58 years, Micky Porter; their children, David and his wife, Kimberly, Sandy, Kim Wilson and her husband, Keith; six grandchildren, Jesse, Blake, Egor, Dasha, Leslie, and Lindsay. *In lieu of flowers, the family is suggesting that memorials be made to Carmel Presbyterian Church. -

To order memorial trees or send flowers to the family in memory of Bill Porter, please visit our flower store.