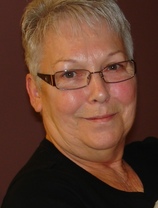 Brenda Kay Johnston, 68, of Mint Hill, NC passed away peacefully on January 29, 2016. She was born June 27, 1947, in Charleston, West Virginia. Brenda married her husband of fifty years, Roger Johnston, on April 2, 1966. They had three children, Theresa Johnston, Roger Johnston, II, and Thomas Johnston. Brenda built a life around family, friends, church and her faith. She was an avid gardener and also loved quilting and antiquing. She enjoyed traveling, especially to the beach or camping in Virginia and seeing family in Ohio, and spending quality time with her church family of Mount Lebanon Baptist Church where her and Roger are members. She was quick with a smile or a loving hug and always willing to give to anyone in love of her faith. Her faith saw her through the best of times as well as the worst of times; she never faltered from her faith. Preceded in death by mother, Pearl McMillen; sisters Wilma Davisson and Dale Cottrell; brothers Darris and Donald Cottrell. Survived by husband, Roger; daughter Theresa Johnston; sons Roger Johnston, II and Thomas Johnston; grandchildren Brandi (Tim) Archer and Toni Penzera; great grandson Giovonni Travise; sisters Elaine (Larry) Reed and Sue Baker; and numerous nieces and nephews. In lieu of flowers, donations can be made to Mount Lebanon Baptist Church (Roger Johnston), 6335 Wilson Grove Road, Charlotte, NC 28227. -

To order memorial trees or send flowers to the family in memory of Brenda Kay Johnston, please visit our flower store.