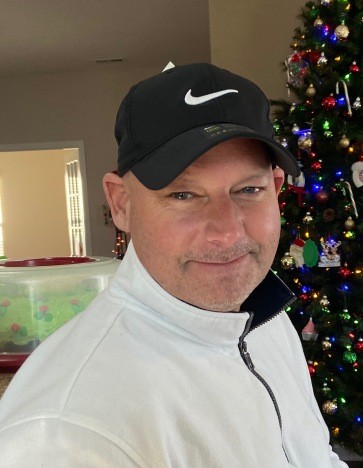 Bryan Joseph Boney, 49, died on Sunday, November 15, 2020 after a brief battle with stage 4 cholangiocarcinoma.  Bryan passed away peacefully at his home with his wife and sister by his side.

Bryan was born in Tacoma, Washington where his father was stationed at Fort Lewis.  He spent much of his childhood in Sugarland, Tx where he especially enjoyed being outdoors.  He loved his Mongoose bike, riding his skateboard on the halfpipe his Dad built for him and hanging with his ITK friends.

As a young adult, Bryan moved to Austin,TX where he fell in love with the city and all it had to offer.  Bryan developed his love of mountain biking while riding the trails around Austin.

In 2000, Bryan moved to Charlotte, NC where he began a new chapter in his life.  Bryan met his wife Heather and built their life together.  Bryan frequently said Heather and his kids were the “best thing that ever happened to him!”  He loved his family fiercely and wanted nothing more than for them to be happy.  He loved riding bikes and going roller skating with them as well as their annual trip to the beach from which there are so many amazing memories.  Katelyn and Blake will sure miss their Daddy.

Bryan was a gifted salesman starting his career at Circuit City followed by Queen City Appliances before moving to Hendrick Motors of Charlotte Mercedes where he worked up until his diagnosis.  Bryan was a one of a kind salesman and one of the best.  He formed long standing relationships with many of his customers, some of which would drive hundreds of miles just to buy their next car from him.  Bryan treasured his coworkers and had a very special place in his heart for his boss, Tyler Johnson.

All who knew Bryan know he was a daredevil and thrived on adventure.  He especially loved his TRD off-road truck and was out washing it just a few weeks ago.  He was smart and funny and truly loved with his whole heart.  Bryan impacted so many people and will be deeply missed by all who knew him during his short time here on Earth.

To order memorial trees or send flowers to the family in memory of Bryan Joseph Boney, please visit our flower store.