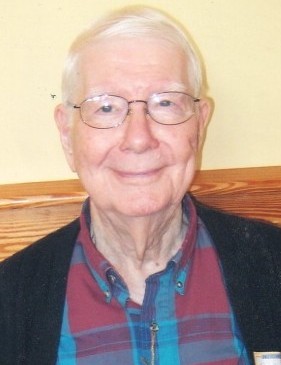 Charles Albright Shue, Jr, 97 of Charlotte, NC went to be with the Lord on September 2, 2020. Charles was born in Charlotte, NC on March 6, 1923 to the late Charles Albright Shue, Sr and Lillian Richard Shue. He served our country in the US Army in World War II in Eurpoe and worked many years with the United States Postal Service. Charles was a charter member of Resurrection Lutheran Church and served in various capacities over the years.
Charles is preceded in death by his loving wife, Ruth of 65 years.  He is survived by his brother, Jim Shue; 3 Children, Johnnie Shue, Janet (Rob) Dyer and Chuck (Karen) Shue; his grandchildren, Christopher Shue, Ginger Weber, Heather Mitchell, Emily Shue, Jaime Pimental, Chelsea Law, Milas Dyer, Leigh Dyer, Campbell Dyer and Kelly Dyer; along with 15 great grandchildren and many nieces and nephews.

The family would like to thank Clare Bridge @ Brookdale Carriage Club for their love and care for Charles.

A Memorial service for Charles will be at a later date.

In lieu of flowers please consider a donation to Resurrection Lutheran Church 's General Memorial Fund to be used to support children's ministries.

To order memorial trees or send flowers to the family in memory of Charles Albright Shue, Jr, please visit our flower store.