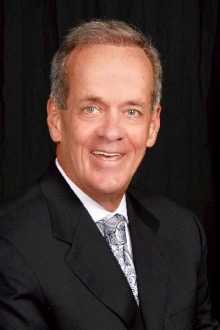 Mark David Gandossy of Weddington, NC peacefully met his Savior on November 27, 2020 after a brief, but courageous, battle with cancer. Born July 12, 1950 in New Haven, Connecticut, he was the son of the late Marcus Lewis and Carol Clarke Gandossy. David is survived by his loving wife, soul mate, and best friend Patti Allee Gandossy, and children Nicole Marie Gandossy of Charlotte, NC, Emma Jae Gandossy and Cooper Ryan Gandossy, both of the home. Additionally, he is survived by his siblings Robert Paul Gandossy (wife, Simone) of Stamford, Connecticut and Marjorie Ann Gandossy of Enfield, Connecticut, as well as several nieces and nephews.

David graduated from Newburgh Free Academy High School in 1969 and later attended the University of South Florida where he majored in computer science. After being introduced to the insurance business, he excelled in the industry and later worked for Ameri-Life and Health. David moved to Charlotte in 1988 as Regional Vice President to open numerous offices for Ameri-Life and Health in both North and South Carolina. In 1999, he began his own financial planning business, Senior Benefits, LLC (later known as David Gandossy, LLC) in Matthews, NC.

Since 1983, David assisted clients with retirement planning, college funding, estate planning and a variety of complex financial issues. He taught various courses on retirement planning at UNC-Charlotte, Winthrop University, Wingate, Belmont Abbey, and Pfeiffer University. David also wrote retirement planning articles for Fox Business News Channel. In 2009 and 2010, he was selected Best Personal Wealth Manager by Charlotte Magazine and qualified for the Top of the Table with Million Dollar Round Table. David won numerous awards for outstanding achievement with various carriers in addition to ranking as one of several companies’ Top Ten Producers.

David was a member of Matthews Presbyterian Church where he served as an elder, chaired the Finance Committee and taught Sunday School. He loved cooking, exercise, nutrition, music and reading. In his early 20’s and 30’s, he completed numerous marathons and continued running for exercise until recently. As a teenager and young man, he excelled at his two favorite sports, basketball and baseball.

David’s love for sports and physical activity carried over into his role as a father. He spent numerous years supporting his daughter, Nicole, as she pursued her passion for dancing. He cheered on his daughter, Emma, as a track and field and cross-country athlete. David enjoyed his time coaching youth baseball and basketball and helping his son, Cooper, grow and excel as a baseball player. One of his greatest joys was watching his children participate in these various activities.

David was a dedicated family man and friend to many, known for his intelligence, sense of humor, honesty, and integrity. He had a strong faith and trusted God in all circumstances. David was very loved and will be greatly missed by his family and friends.

Services for Mr. Gandossy will be held at Sharon Presbyterian Church (5201 Sharon Road, Charlotte, NC 28210) on Friday, December 4, 2020, with a visitation at 2pm. Service and burial will begin at 3pm with Pastor Luke Maybry officiating. Face coverings/masks will be required in the sanctuary.

To order memorial trees or send flowers to the family in memory of David Gandossy, please visit our flower store.