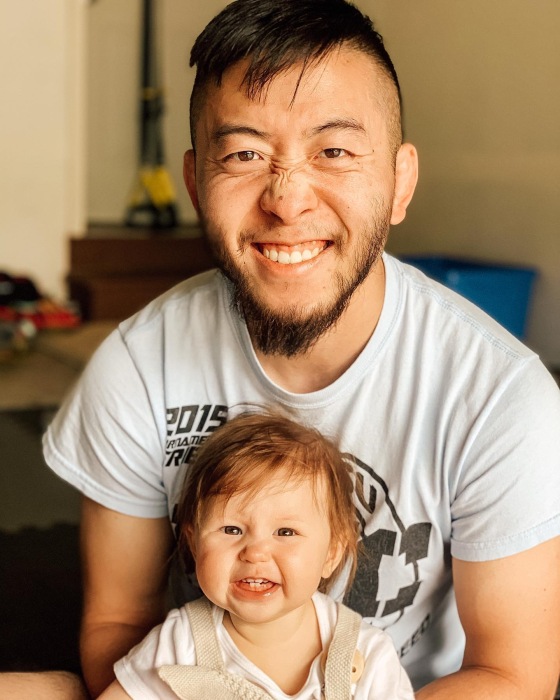 On Thursday, February 25th, 2021, David Seungha Lee passed away. David has lived a full life as a quiet and humble saint.

David was born on July 22nd, 1985 in Athens, Georgia to Jae and Sean Lee. He was the oldest brother of three, being a role model to his two younger brothers, Daniel Jungha Lee and Samuel Joonha Lee. He graduated from Providence High School in 2004 and continued his education at Elon University, graduating in 2008.

On April 2nd, 2016, he married the love of his life and his best friend, Lindsey Brians. Lindsey gave birth to their beautiful daughter, Emmie Jae Lee, on August 3rd, 2019.

David was a loving husband, father, son, brother, and friend to many. He was an excellent musician, sharing his gift and love for music with all. He played guitar frequently at two churches that meant a lot to him – Carmel Baptist Church and Central Church of God. He was an inspiration to everyone he encountered, inspiring many to follow in his footsteps with music.

Even at a young age, David was fiercely competitive with sports and training. He continued his passion for martial arts into his Jiu Jitsu practice.

David was incredibly passionate, putting his all into everything he worked on. He is described as a warm and gentle yet intense spirit. He commanded respect and led by example with his strong commitment to family, faith, and fitness. He will be missed by many.

In lieu of flowers, the family's church, Carmel Baptist, will collect "non-tax deductible" contributions for the family. Go to the link below and scroll to the Emmie Jae Fund.  Your generosity and benevolence are truly appreciated.

To order memorial trees or send flowers to the family in memory of David Seungha Lee, please visit our flower store.