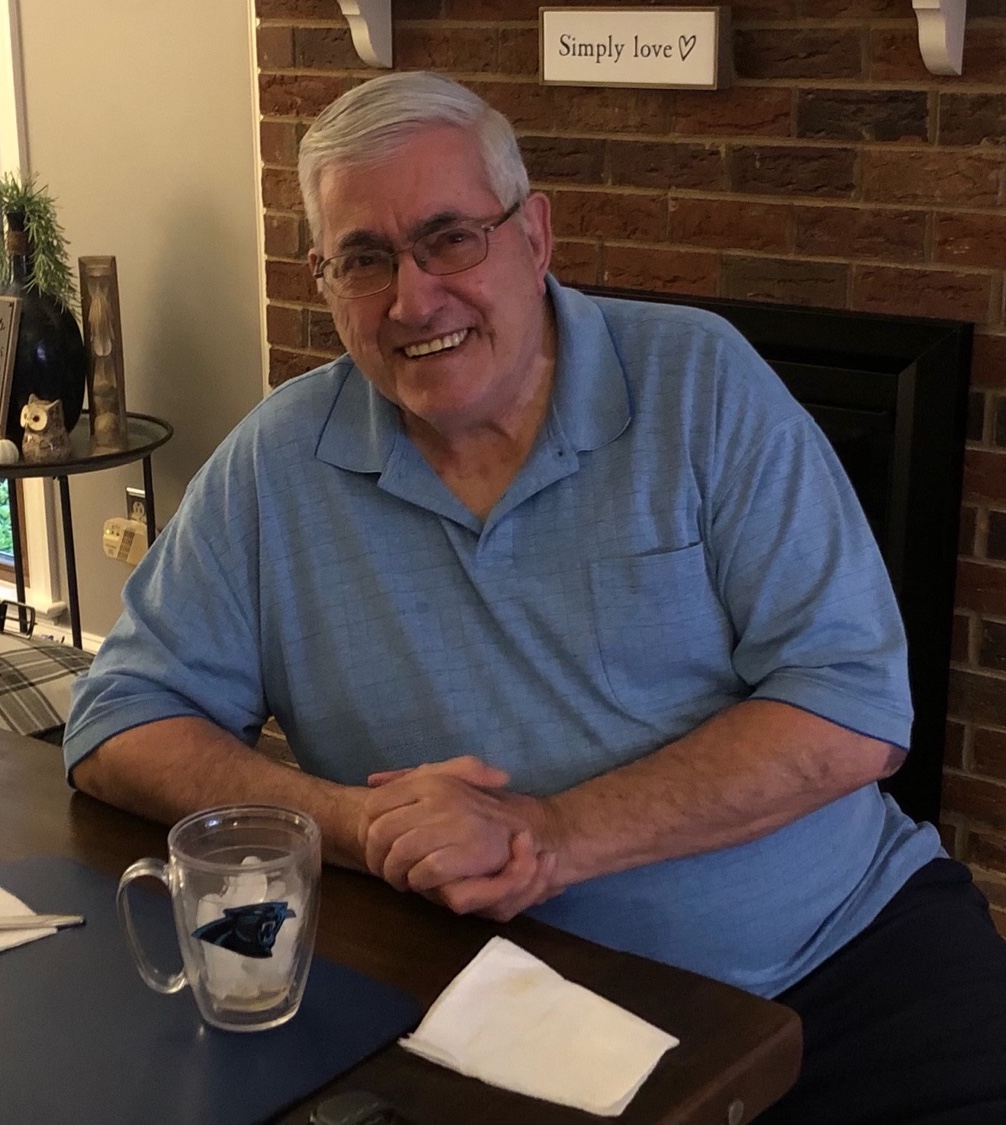 Dominic J. Ross of Charlotte, NC, formerly of Aliquippa, passed away peacefully the morning of February 27, 2022. He was born September 26, 1931 in Aliquippa, PA, and was the son of the late Joseph and Nellie (Stala) Ross. In addition to his parents, he was preceded in death by his wife Rosemarie (Kotlarz) Ross; his brothers Joseph, Pasqual (Patsy) and John Ross; his sisters-in law Delores (Kotlarz) Bralkowski, and Barbara (Collier) Ross. Dominic is survived by his three children: Thomas (Leslie) Ross, Stephen (Linda) Ross, and Monica (Roger) Freeman. Four grandchildren: Jordyn (Russell) Hill, Aaron (Caroline) Freeman, Ashley Ross and Michael Ross. He is also survived by his sisters-in-law:Shirley (Kotlarz) Kiefer, June (Collier) Ross, Frances (Barletta) Ross and numerous cousins, nieces and nephews.
Dominic was an active member of St Titus church in Aliquippa, Our Lady of Fatima church in Hopewell and most recently St John Neumann church in Charlotte. Dominic graduated from Aliquippa High in 1950 and went on to the University of Pittsburgh completing his master’s degree in science and math. He was a math teacher at Center High School and remained an active member of the Knights of Columbus and American Legion. A Mass of Christian burial will be held Friday at 12 noon in Our Lady of Fatima Church ( Mary Queen of Saints Parrish). Interment will follow at Mt. Olivet Cemetery.
To order memorial trees or send flowers to the family in memory of Dominic John Ross , please visit our flower store.