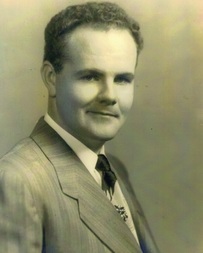 Mr. Donald Myles Sloan, 89, of Charlotte, passed away Friday, October 24, 2014. He is preceded in death by his wife of 61 years, Sally; a grandson; two brothers; three sisters; a niece and 2 nephews. Mr. Sloan served in the U.S. Navy during WWII. He graduated from American International College with a degree in engineering and made a career in textile management. Survivors include three children, Kathleen Sloan, Christine Stuart (John), and Patricia Kelly (William); a grandson, Michael Kehm (Kyra); great grandchildren, Kyle and Mackenzie Kehm; several nieces, nephews, and a cousin. -

To order memorial trees or send flowers to the family in memory of Donald M. Sloan, please visit our flower store.