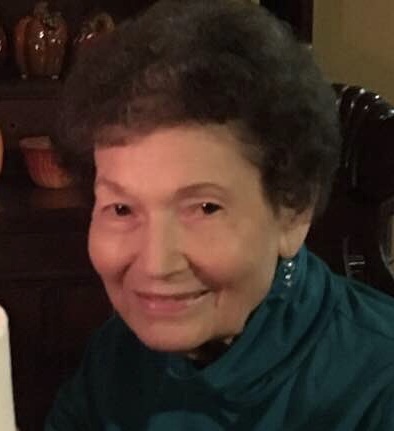 Dorothy Young Reaves Nappier was born in Clayton on October 18,1920 so she had just celebrated her 100th birthday. She was blessed to have her family all around her in this special day. Her parents were Garland and Stella Young and her sister Jane Straughn.
She grew up in Clayton, Rocky Mount, Wilson and back to Clayton where she graduated from high school in 1939. She then went to Raleigh School of Commerce and got a job with the NC Dept of Agriculture when she finished school.
She married Otho Reaves on February 6, 1948 and they adopted their daughter Robyn in 1958. They lived in Kinston and Raleigh where she spent many years working in the Clerk of Courts office in both places. A job she loved and enjoyed.
Upon retirement she and Otho moved back to Clayton and she took care of her mother. Otho died in 1993 and her mother passed in 1994. In 1995 she was extremely blessed to marry Jimmy Nappier and they spent the next 8 years incredibly happy. She was thrilled to expand her family when she married Jimmy to include his daughter Barbara and her husband Belvin, his son Jim and his wife Judy and his grandchildren Beth,Tim, and Jason, Jason’s wife Kim and two more great grandchildren. Jimmy and Dot were truly blessed to have one another. For most of her life she was a member of Horne Memorial UMC but she and Jimmy would split their Sunday’s at both Horne Memorial and First Baptist Church in Clayton.
Dot moved to Charlotte in 2004 to be near her daughter and her sister and their families. She loved spending time with her sister and their evenings playing Bingo and cards. She loved being with her daughter, Robyn, her son in law, Lars and their children Michael and Kristi, Michael’s wife Jennifer and her great granddaughters Makayla and Della who were both particularly bright lights in her life.
She loved watching old movies, and playing cards and playing Bingo and scratch off tickets!!  We are blessed that her passing was very peaceful and she had spent the afternoon with family.

To order memorial trees or send flowers to the family in memory of Dorothy Young Nappier, please visit our flower store.