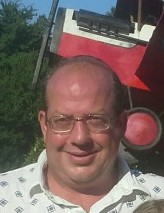 Everett Brantley passed from this earth on Sunday, April 5, 2020 into the peace that surpasses all peace with our Lord, Jesus Christ. Everett had a love for fishing and precious time spent with his children.  He also had a passion for football, golf, and wrestling, excelling in sports during his high school days at Providence Day School in Charlotte. He was a 2 time NC State High School Wrestling Champion and Captain and MVP of his football, wrestling, and track team while also President of the Student Government Association at Providence Day.

Everett had received the Bob Allen Memorial Scholarship to Appalachian State University, and was Captain of the ASU Debate team, ASU Ski Team, President of the ASU Omnicron Delta Epsilon (Economics Honor Society) Marketing Club,  was involved with the International Business Student Association, NC Student Legislature, Chairman of the Rules Committee and Chief Justice ASU Student Court. He was on the ASU Dean’s List and In Who’s Who in American Colleges and Universities.

After graduation from Appalachian State, he went into business with Water Equipment Corporation in Charlotte and obtained his Certification as Water Specialist through the Water Quality Association in Naperville, IL. He started his own business, Clean Air and Water in Charlotte, was a National Purchasing Manager for Hughes Supply, where he won the Top Producer Award, and later worked with the American Red Cross.

Early in life, Everett was also an active Boy Scout with Troup 288, earning his Order of the Arrow, God and Country Award, and his Eagle Scout Award. His Eagle project earned him a Top Volunteer award from the North Carolina Eye and Human Tissue Bank for acquiring 274 Eye Wills for corneal transplant. Throughout his life, Everett volunteered with different organizations, serving as a lay pastor at his church, volunteering with the Lion’s Club and helping the blind, Men’s Shelter, and the Urban Ministries. He understood the needs of those experiencing tough times with some real life experience in this community.

The family is planning a private internment ceremony with a Celebration of Life Service to be scheduled at a later date.

In lieu of flowers, the family requests donations for a fund for his children.  Please send donations to: Patsy DiPietro 4340 River Lake Road Elm City, NC 27822

To order memorial trees or send flowers to the family in memory of Everett Allen Brantley, please visit our flower store.