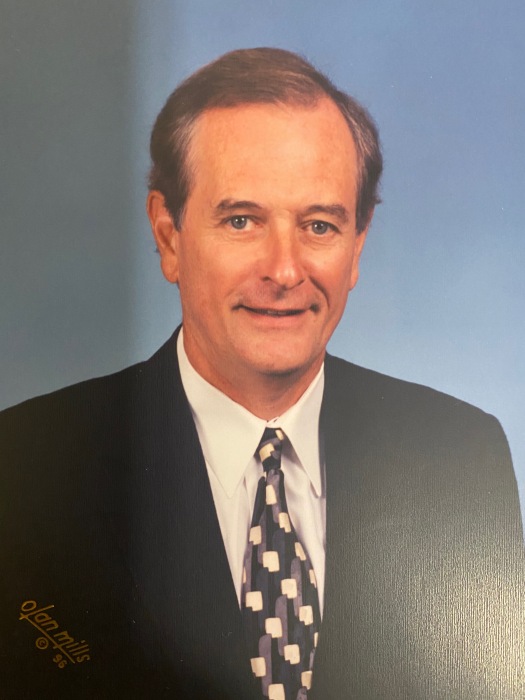 Fred Griffin Martin went to be with his Lord on February 7, 2021.  Fred was born in Westminster, SC to James Bailey and Wilma M. Martin.  He graduated from Westminster High School, attended Clemson University, and graduated from Piedmont College in Demorest, Ga, with a BS in Business Administration.

He was president and CEO of Mar-Tex International, a company whose primary focus was in the sale of antimicrobial products.  Throughout his management and sales career, he traveled extensively to Europe, South America, Mexico, Canada and throughout the United States.  No matter where business took him, Fred never met a stranger and accumulated a number of friends worldwide.

In high school and college, he loved and was involved in sports lettering in Football and Baseball and he was rewarded a Baseball scholarship to Piedmont College.  His favorite sport, however, was golf, and he made many friends as a member of Carmel Country Club for 41 years where he enjoyed having (two) “holes in one”. For many years, Fred was ays found at the annual Kemper Open and later the Wachovia/Wells Fargo Open serving as a Marshall.

As a believer in Jesus Christ for his salvation, he was a member of Calvary Church, having served as a Deacon and Usher.  He enjoyed the teachings of his Senior Pastor, John Munro, the teaching and the fellowship of the Word Warriors ALG Class as well as Wednesday night Bible Studies.

Fred was a loving husband and father.  Outgoing, witty and compassionate, he made many lifelong friends as people were naturally drawn to him and as he never met a stranger. He was loving, thoughtful, kind, accommodating, and truly a Southern Gentleman.

Memorials may be made to Calvary Church.

To order memorial trees or send flowers to the family in memory of Fred Griffin Martin, please visit our flower store.