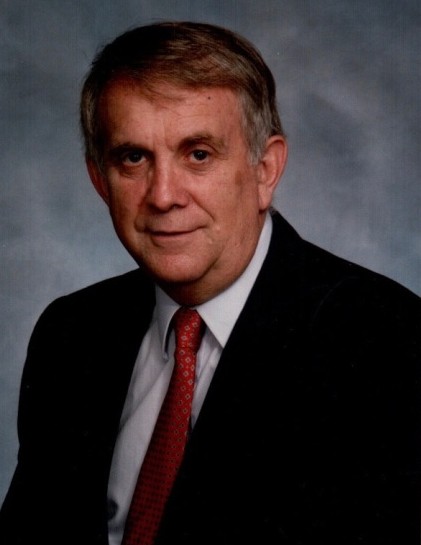 Mr. Frederic “Dick” Henry Pons Jr., of Charlotte, passed peacefully on Wednesday July 22, 2020. He was 87. Born and raised in Valdese, NC, he was one of five children of the late Frederic Henry Pons Sr. and Iola Britt Pons. He attended Lenoir Rhyne University where he played baseball for two years and then transferred to Appalachian State University where he graduated with a Bachelor of Science, specializing in education.  He taught 25 years in the Charlotte-Mecklenburg school system and after retirement taught 5 years at Ascension Lutheran school.

Dick loved sports and he was a great sport himself. During his teaching career he coached basketball, baseball, and football. He also enjoyed pitching horseshoes, playing Bocci ball and ping-pong with his grandchildren.  Dick had a great time watching his grandchildren take part in sports. Whether it was soccer, baseball, or football, he would sometimes drive from one side of Charlotte to the other to see them play as much as he could.

Dick was devoted to his family, friends, and church. He treated all those around him with consideration, patience, and respect. He was a wonderful father, a loving husband, and a very proud grandfather. He lived a life of kindness and compassion and this was reflected by the time he spent with family and friends.  As a member of Ascension Lutheran church, where he often volunteered, he practiced his faith with the same devotion he demonstrated to all those around him.

To say that Dick was active might be an understatement. In addition to keeping up with his family, coaching, and teaching he also enjoyed gardening and had a pristine yard.  He sometimes won Yard of the Month! He was one of those people who never met a stranger. He enjoyed going out to eat and was a regular at several local restaurants where the owners and staff would greet him by name.

As his wife Saundra’s health declined and she transitioned to managed care, Dick visited often, many times weekly. True to his nature he made friends with the staff and residents of her nursing home. He enjoyed the time he spent with this new group of friends and they all looked forward to his visits as well.

In addition to his wife of 46 years Saundra K. Pons, Mr. Pons is survived by his two daughters, Teresa Pons Orr (Tom) and Marti Vagnone (Mike) and five grandchildren, Emory, Carson, Nick, Vince, and Anthony.  He also has nieces and nephews that he adored.

He was preceded in death by his brothers, Jack, Alton, Tommy, and sister Pat Mitchell.

Teresa and Marti would like to extend their heartfelt thanks and gratitude to the following folks for their support, kindness and consideration; caregiver Euan McCreath, kind neighbors Barbara and Bob Koenig, Charles and Polly Holland, Mindy and Mike Hennessey and to the Pastors and staff at Ascension Lutheran Church.

To order memorial trees or send flowers to the family in memory of Frederic Henry Pons Jr., please visit our flower store.