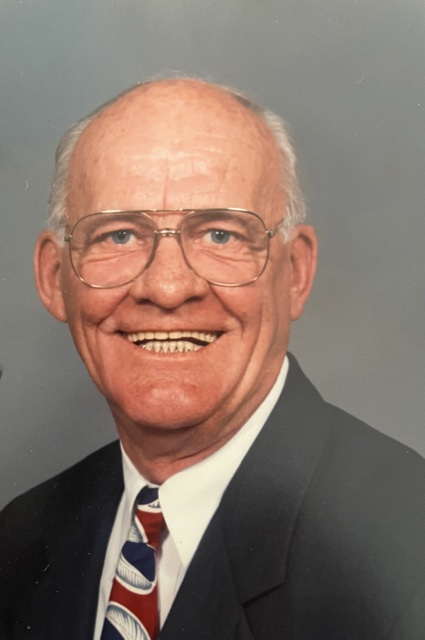 Jack was born to General Sanford and Alma Estelle (Hambright) Guest in 1934 in Gaffney, South Carolina. He grew up on the family farm, where they would grow a variety of crops. Jack was active in his local community at an early age, he even drove the school bus his senior year of high school. Jack graduated from Cowpens High School in 1952, after which he enlisted in the United States Navy where he served on a Navy destroyer in the Korean War. When Jack was honorably discharged in 1957, he returned home and began working at Spartan Grain Mill Company where he met the love of his life, Ruth. They married in 1958 and enjoyed over six decades of life together.

In 1958, Jack and Ruth moved to Clemson, South Carolina where he attended Clemson University, and graduated with his bachelor’s degree in Electrical Engineering in 1961. While Jack worked for many great companies over his career, he spent most of his time, 13 years, at Collins & Aikman Corporation. Jack retired from Springs Industries as Director of Corporate Engineering in 1995.

Jack became a member of Carmel Baptist Church in 1968 and was a lifetime deacon. He served on many different committees and taught Sunday school along the way.

After retiring, Ruth and Jack moved back to the family homestead in Cowpens, South Carolina. Jack was a member of the Korean War Veterans Association, South Carolina Chapter 304. He kept himself busy as a Licensed Professional Engineer working as a consultant and project manager after retirement.

A service to celebrate Jack’s life will be held 11:00 AM Tuesday, October 26, 2021 at Carmel Baptist Church. The family will receive friends one hour prior to the service. Interment will follow at 2:00 PM in Fort Jackson National Cemetery in Columbia, South Carolina.

To order memorial trees or send flowers to the family in memory of Jackie Dean Guest, please visit our flower store.