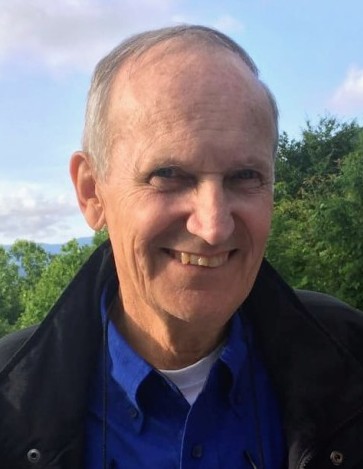 James (Michael) Mattingly, age 74, passed away in his home on Monday, April 6, 2020. He was born on December 14th, 1945 in Hardinsburg, KY, the eldest son of ten children to Thomas Edwin and Mary Imogene (Hinton) Mattingly. Mike was a loving husband, father, papa, uncle, brother, son, and friend.

Mike loved the outdoors and farming  – starting as a young boy on the family farm and continuing as the Crops Manager for Southview Farms in Castile, NY. He was a Vietnam Veteran having served in the Navy on the USS Coral Sea from 1967-1972. He especially loved serving in his church and the community. He was a Sunday School teacher, deacon, trustee, and served on the Missions Committee. He was also a volunteer firefighter and sat on the Letchworth School Board for nine years as both a board member and then as President.  He enjoyed gardening, fishing, reading, and spending time with his family.

Mike found his hearts work after retiring when he moved to North Carolina and began working as a Chaplain and Coordinator for The Billy Graham Evangelistic Association. He later became the Manager of Development and Operations for the Rapid Response Team at BGEA which provides emotional and spiritual support to individuals and communities experiencing tragedy or crisis.

Mike had the sincerest blue eyes and was adored by all as a gentle, humble, and kind-hearted servant - always willing to lend a hand or give a listening ear. He was a hard worker who quietly went above and beyond what was asked and went out of his way to give more than receive. His simple wisdom and loving spirit were felt by all who met him. His true passion was to share the gospel message and point people to the love and grace of Jesus.

A private graveside service for Mike will be held at his home church, Hopewell Baptist Church at 11:00 am on Thursday, April 9, 2020, officiated by Pastor Lee Pigg.  Due to the government-mandated, COVID-19 restrictions, this will be an intimate service with local family only. A Celebration of Life Service will be held at a future date.

In lieu of flowers, the family asks that memorial contributions be made to The Billy Graham Rapid Response Team at:https://billygraham.org/donation/rapid-response-team/

To order memorial trees or send flowers to the family in memory of James Michael Mattingly, please visit our flower store.