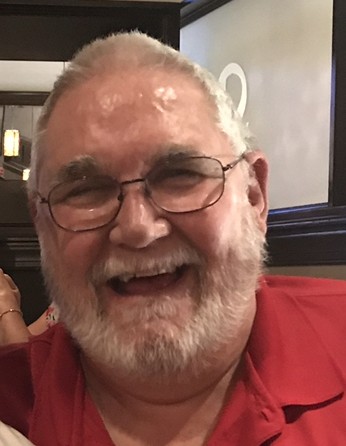 Jimmy John Clark, sr., 71, went to be with his Lord and late wife Donna on November 24, 2020.   Born in Kenton, Ohio he was one of five children to Joseph and Betty Clark.  Jim spent the majority of his years in Indiana and served in the US Navy during the Viet Nam war earning two bronze stars.

Jim and his wife Donna moved to North Carolina in 2007 after retiring from his work as a shipping logistics manager.  He joined the Mill Grove UMC family in Indian Trail, NC and remained an active member until his passing. He was an avid fisherman, bowler and enjoyed camping.  Jim was also a passionate fan of Indiana University basketball as well as New York Yankees baseball.  He enjoyed attending any sporting event and was always an enthusiastic fan of any team to which his grandchildren belonged.  He could be found in the stands or sidelines at every game without fail.


In lieu of flowers we ask that donations be made at the link below to American Legion.

To order memorial trees or send flowers to the family in memory of Jimmy John Clark, please visit our flower store.