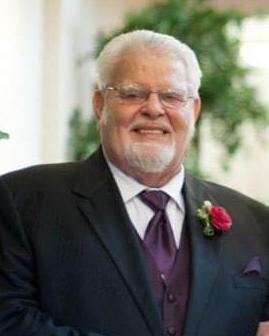 He came from a family of three brothers and one sister, all from Ohio. He was born in Galena, OH and raised in Sunbury, OH where he played football in high school. Since he was one of the top running backs of his day, he was offered scholarships by thirteen different colleges. He chose Ohio University in Athens, OH.  Eventually, he had to quit football due to an injury during practice.  He returned to Sunbury to marry Janis, his high school sweetheart.  Shortly after, he built a career which led up to becoming the Chief Financial Officer and managing the offices of a large construction company where he was sent to Iraq to set up another office which was instrumental in building the Darbandikhan Dam.  On the way to Iraq there was a layover in Charlotte, NC where he attended a Billy Graham Crusade and accepted Jesus.

After working in Iraq for three years without his family by his side, John then moved his family to Memphis, TN and later, Nashville. He continued with the same company while continuing his education in accounting and finance at Vanderbilt University in Nashville.  In the early 70’s he was transferred to Charlotte, NC.

Some of his accomplishments included learning how to install elevators for Otis Elevator, working as a brick maker at Galena Brick, becoming a Real Estate Broker and a tax preparer.  Later in life he was president and owner of Comco Signs, Inc. and at one time managed thirty-seven employees.  Among those, his wife, two sons, two daughters, a daughter-in-law and several grandchildren were given the opportunity to work with him.  It was truly a family business.  His company provided signage in over twenty-five states and was in operation for thirty-four years. He was a generous employer and influential in all of his employee’s lives.

During his life he attended Northside Baptist Church, Carmel Baptist Church, Garr Memorial Church and finally and happily found a home at Central Church where he enjoyed attending Sunday School and being a Primetimer.  With his church he went to monthly dinners and movies, day trips, cruises, mini vacations and Israel.

John and Janis loved to travel the states including Alaska.  They made three “out west” trips with family and friends.  Locally, they preferred the beaches and mountains.  They also had the pleasure of traveling to Greece, Egypt, Bermuda, the Bahamas and three times to Israel.  In all, they visited thirteen different countries.

John’s hobbies and interests included golfing, bowling, bridge playing, reading, listening to gospel and country music, and watching his favorite football team, Ohio State.  His main interest was his family and ensuring they were happy.

John was given the gift of enjoying his last day of his life in the mountains of Blowing Rock and Boone, NC riding the Blueridge Parkway, viewing the fall leaves and having a good time eating out.  Very shortly on the same day, while still at the restaurant, he went peacefully to be with the Lord. He now has the joy of seeing his Savior and being free from severe back pain, eye conditions and COPD complications which limited his activities in later years.

While his passing left a huge void in our lives and we are only left with our memories and photos, we have the comfort of knowing he is now absent from the body but present with the Lord.

To order memorial trees or send flowers to the family in memory of John William Ulery, please visit our flower store.