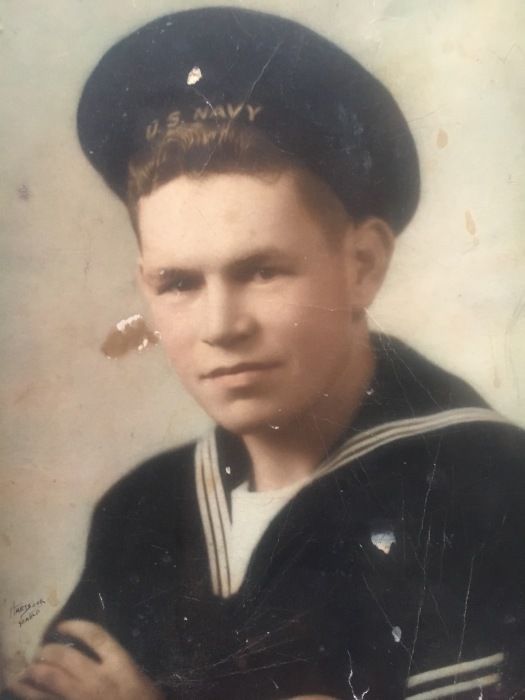 Johnny Lee Ritch, Sr., 90, of Matthews, NC, went to be with his Lord and Savior on December 29, 2019. He was born May 16, 1929 in Paw Creek, NC to the late Freeman Baxter Ritch and Mary Magdalene Ritch (nee Moss). He is also preceded in death by his loving wife, Mary Ruth Ritch (nee Biddix), and sister, Mary Elizabeth Assaid (nee Ritch).

Those left to cherish his memory are his brother, Douglas Wayne Ritch (Sandra Ritch), four children, Carol Parrish (Bruce Parrish), Johnny Lee “Chip” Ritch, Jr., Karen Cole (Todd Cole), and Eric Ritch (Ashley Ritch) – in addition to 10 grandchildren, and 8 great grandchildren. He loved nothing more than being a grandfather, and spending time with his family.

Mr. Ritch graduated from Mecklenburg High School of Paw Creek in 1949 before serving in the U.S. Navy from 1950 – 1954. He obtained his Associates Degree in Accounting from Charlotte Business College in 1957 and went on to own several businesses including Daybreak Foods and Johnny Ritch Trucking. In life, he valued his relationship with God, his family, and his loyal wife, Mary, above all.

In his youth, he enjoyed hunting, sports, and getting into a reasonable amount of mischief. In adulthood, he found passion in coaching numerous sports including soccer and baseball at Charlotte Christian School, Pop Warner Football, Pony League Baseball, and Little League Baseball. He took many of his teams to win championships, which brought him great pride. Earlier in adulthood, he served as a deacon at Thrift Baptist church, and along with his wife, developed the children’s program there. Most recently, he was an active member of Hickory Grove Baptist Church.

The Town of Stallings honored him for his work in the community with the Stallings Making A Difference award in 2011 and he also served for years on his neighborhood association at Fairfield Plantation, holding office as President. During this time his interests included painting ceramics, cooking, and especially baking cakes – in fact, his neighbors were always excited to know just what he might cook up next for their neighborhood culinary contests. His coconut cakes and peanut butter cakes remained the reigning champions for many years. Mr. Ritch loved Christmas time more than any other, and over the years, along with his late wife, painted Christmas-themed ceramic houses to form an impressive display that took up much of his living room. This brought him and his loved ones much joy during the holidays and beyond, as he would work on them throughout the year. His family are pleased that he got the opportunity to enjoy one last Christmas before he said, “See you later.”

A celebration of his life will be held on Friday, January 3, 2019 at Hickory Grove Baptist Church (7200 E. WT Harris Blvd., Charlotte) in the main sanctuary. The family will receive friends from 11am – 12pm, with a memorial service to follow from 12pm – 1pm. Burial with military honors will be held at Hillcrest Gardens in Mount Holly, NC following the service.

In addition to flowers, donations can be made to the Combat Veterans Motorcycle Organization.

To order memorial trees or send flowers to the family in memory of Johnny Lee Ritch Sr., please visit our flower store.