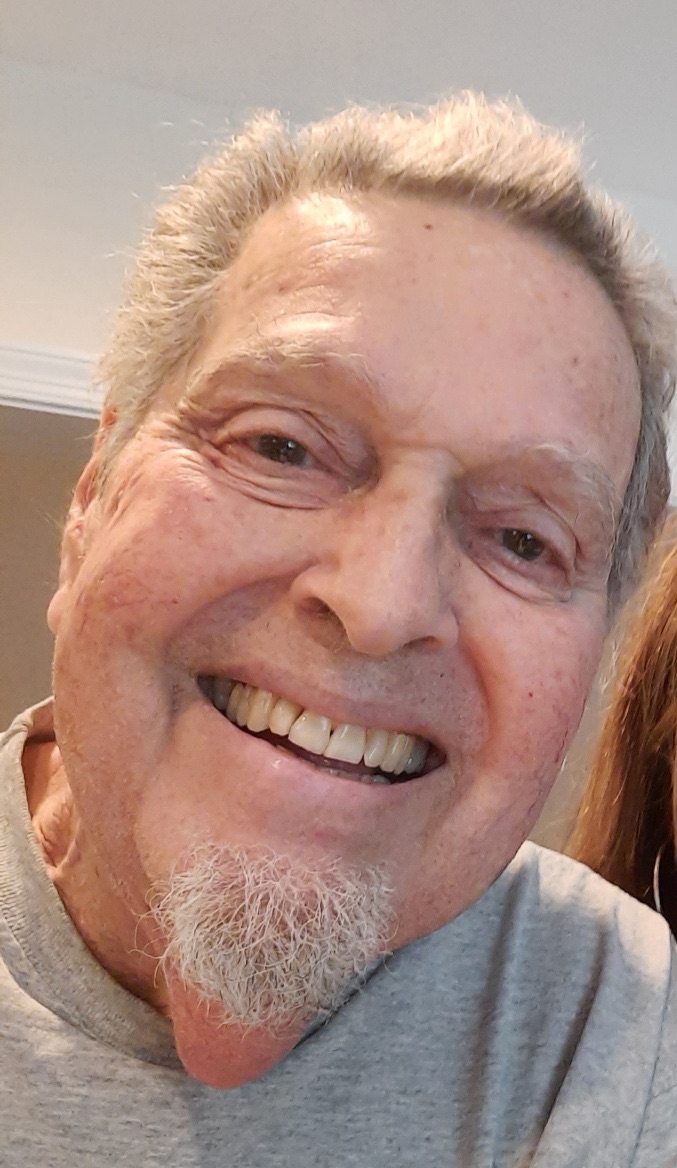 Ken Benzmiller followed the angels into the presence of God on Wednesday, September 14th at 4:30.  He passed into the arms of God surrounded by his loving wife of 60 years, his son and his partner, his daughter and son-in-law, brother and his partner and many other loved ones.

If you ever met Ken, you liked him.  If you knew him, you couldn’t help but love him.  Ken spread joy and happiness everywhere he went.  He had a smile and a little joke or compliment for every person whose path he crossed.

Ken was born in 1940, the second child to Edward and Florence Benzmiller, in Madison Wisconsin. Older brother Eddie welcomed him and later on younger brother David completed the family.  The family later moved to California.

He was a “rascal” at an early age and preferred to be with his friends and working on cars as opposed to in trouble with the nuns at school.   He learned early that his dazzling smile and charming ways could get him out of a lot of trouble.

His whole world changed for the better the day Louise Kraft hired him to pull weeds in her yard.  That was the day he met the love of his life, Louise’s daughter, Margie.   Sixteen-year-old Ken was smart enough to know that 15-year-old Margie was beautiful and a real “catch’.   He set his sight on her and never looked back.  His charm won Margie over, along with her parents, Louise and Walter.

He joined the Navy after graduating from college.  He served for 2 years but missed his Margie so much that he decided to end his military career and start a new path as husband to Margie.

Ken and Margie married on July 14, 1962.  They lived in Orange, CA and welcomed their first child, Kenneth John, Jr. in 1965.    Four years later, Julie Ann was born.  With their family complete, they accepted a job offer that took them to Batavia, NY in 1969.

Two years into the bitter cold of NY, the family accepted a job that moved them to Charlotte, NC.  He worked for Sylvania and eventually open a distributorship for home appliances called Piedmont Home Products with his friend and business partner, Bob Mooney.  Ken wanted to use his resources to help others in any way he could.   He turned the unused second story of the warehouse that housed his business into Charlotte’s first day shelter for the homeless population in our city.

Years later Ken and his business partner, Bob Mooney, reconfigured the warehouse to become one of Charlotte’s first inside mini storage facilities.  A UPS and packaging store was eventually added, along with a print shop in the back of the warehouse.  With all that running smoothly he was able to do what his heart really wanted, establish a business to help churches and Christian schools get better purchasing power by working together under one umbrella.  CASSI (Christian Association of Shared Services, Inc) helped multiple churches in our area save money that could be put to other more important needs.  This was the heart of Ken’s ministry.  His daughter, Julie, eventually followed him into this ministry and they worked together for 20 years, until he retired.

Ken and Margie had a glorious retirement.  They got into their motorhome and traveled everywhere their hearts desired.  They set up part time residence in Naples, FL and made so many friends that became family to them.   They traveled extensively with their lifelong friends, Terry and Mike Newton across the country.  Their favorite adventure was their trip to Israel in 2018.   God was merciful to them and gave them good health and good friends to enjoy their well-earned retirement days.

Ken and Margie were blessed with two wonderful grandchildren.  Jake Howren, 28, takes after his “Pappy” in every way.  They share a love all things cars and automotive, especially the restore 1955 Ford truck in garage.  They were buddies from day one and shared so many wonderful experiences together.  Kady Hillman, 18, was a bright light of sunshine in his world.  She delighted him with her gift of music and her desire to spend time with them whenever she could.  She made him proud in so many ways from academically to spiritually.  He deeply loved his grandchildren and was immensely proud of both of them.

Ken lived a full and joyful life serving the Lord with his childhood sweetheart always by his side.  He always looked for a way to be a servant to his fellow man and gave freely of his time and resources that were provided by God.  His was a life well lived and well loved.  They joy of his spirit will be missed by all but we rejoice knowing Ken is in the arms of Jesus and happier than he has ever been.  It’s not goodbye, it is until we meet again.

The service to celebrate his life will be held on Sunday, September 18, 2022 at 2pm at Central Church of God in the Family Life Center.  The service will be live streamed on Julie Howren’s Facebook Live page.

To order memorial trees or send flowers to the family in memory of Kenneth Benzmiller, please visit our flower store.