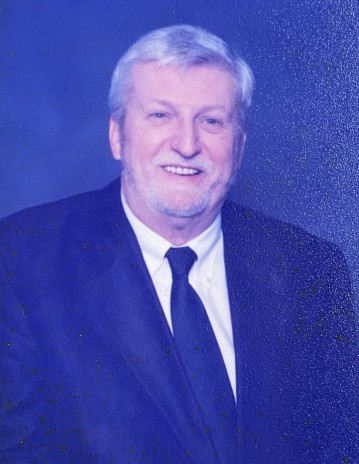 Larry Clyde Baucom, of Wingate, NC, peacefully went to be with his Lord on April 24, 2020 at the age of 77. He was born in Charlotte, NC on April 23, 1943 and lived in Matthews, NC until 1985 when he and his family moved to Wingate, NC.
He was a graduate of East Mecklenburg High School, class of 1961 and a member of Central Church of God in Charlotte, NC. He worked at Grinnell in Charlotte NC for several years before starting his own business. He was the owner and president of Southern Utilities, Inc. for most of his life and excelled in the piping business. He was a hard worker but also enjoyed woodworking, classic cars, and had a contagious sense of humor. He was often found out in the yard on his tractor enjoying life on the farm that he loved so much. He was the most humble, gentle and kind man who loved his family and he will be sorely missed.
He was preceded in death by his father, Clyde Butler Baucom and his mother Kathryn Deese Baucom, and his precious little dog Gidget....a.k.a. “Goober”.
Surviving are his his wife, Lynn Ferguson Baucom, daughter Jennifer Baucom West, son Jason Baucom and his wife Adela, and two grandchildren Joshua and Elizabeth Baucom.
A private family viewing will be held at Gaskin Funeral Home in Matthews, NC on Sunday, April 26, 2020 at 3 pm. And a family graveside service will be held on Monday, April 27th at Mount Harmony Baptist Church in Matthews, NC with the Rev. Don Love officiating.
Arrangements are being handled by Gaskin Funeral Services.
In lieu of flowers, donations can be made to your charity of choice.

To order memorial trees or send flowers to the family in memory of Larry Clyde Baucom, please visit our flower store.