Larry Carlton Fowler 88 went to be with his Lord and Savior on Thursday, September 8, 2022. He passed away peacefully with his family by his side. He was born August 29, 1934 in Charlotte, NC, the son of the late Ernest and Laura Fowler.

Larry graduated from Central High School in Charlotte, NC in 1954. He was then drafted by the US Army where he served 2 years as a driver of a armored personnel carrier.

After returning home from the Army he became employed with the City of Charlotte. He worked 33 years as a Charlotte Firefighter as a Engineer and also was the first driver of the “Jaws of Life” truck.

Larry was a member of Arlington Baptist Church in Mint Hill for 43 years. His strong faith in Jesus Christ and his church family were very important to him.

Larry grew up in North Charlotte. As a teen he was the 2nd President of the Charlotte Boys Optimist Club. Larry enjoyed playing sports and was a talented athlete. He played football and baseball at Central High School and later played football for the US Army team. As a Charlotte Firefighter he played on the men’s softball team where he played 3rd base.

Larry was an avid fisherman and enjoyed fishing on the pier at Kure Beach, NC. He loved spending time at his Kure Beach home with his wife Kay. He was known on the pier as “Whitey” which he received this name because of his white hair.

Larry was a perfectionist at anything he did. He loved gardening and took pride in his flowers and his beautiful yard.

Larry was a loving and devoted Husband to his wife Kay for 64 years and was a great Father to his 3 children. He was also a devoted grandfather and great-grandfather. He loved his family dearly. His giving nature and his compassionate and kind heart were his best qualities. He was known as Paw Paw to his grandchildren and great grandchildren.

You could always count on him and Maw Maw being at most of his families sporting events and activities.

Larry is preceded in death by his parents, Ernest and Laura Fowler and his grandson Danny King.

The service for Larry will be held at:

In lieu of flowers, please make contributions to

To plant memorial trees or send flowers to the family in memory of Larry Fowler , please visit our flower store.

A candle was lit in memory of Larry Fowler

What a sweet kind man Larry always was. May the Lord give you peace as you say goodbye for now. Much love to you all.

What an amazing man! Paw Paw, thank you for loving our Bryson. Prayers for all your beautiful family.

So sorry to her of the family's loss of Larry. He was a great friend of many seniors at our having coffee at McDonald's here at Carolina Beach. R.I.P. my good friend.

Kay, Mike, Kim and Leslie - Our hearts and prayers are with you and all the family during this time. We feel certain he is with Nancy and his parents having conversation and celebration. Our love for Larry and his spirit continues and we look forward to his earthly celebration of life. Our love always Jack, Barry, Paula, Lisa, Rich and all our kids ❤️

A photo was added for Larry Carlton Fowler 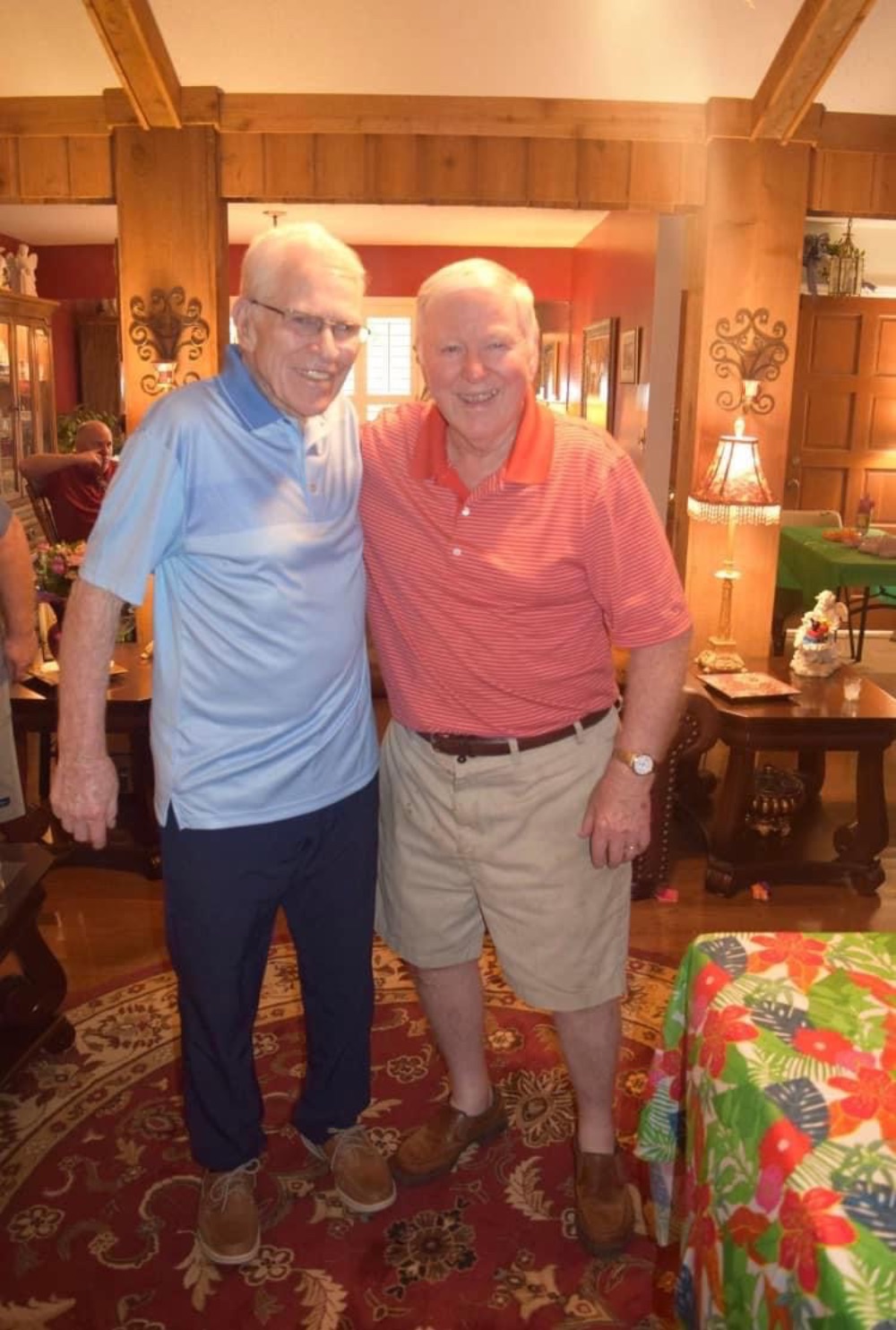 Mr & Mrs Fowler are some of the kindest people I have ever met. They were customers of mine at Lowes in Wilmington. May Gid put his arms around Mrs. Fowler during the times when she needs comfort & reassurance that he is awaiting her in heaven.

I LOVE my PawPaw! He is loved by so many, I will forever cherish my memories with him and will miss him so much.

Kay, Mike, Kim and Leslie my deepest condolences to you after the passing of Larry. I will always cherish the many memories I share with all of you. God bless all of you.

To Kay and Family,
I am so sorry for your loss. I have many memories of Larry growing up.
He was a good man and will be sorely missed.
God Bless You.
Dolores Wofford Stalvey