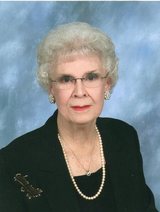 Marjorie Louise Jones, 95, of Plantation Estates in Matthews, NC, passed away on July 13, 2013. She was preceded in death by her husband, George D. Jones and her step-son George D. Jones, Jr. Marjorie was born in St. Louis, MO, March 20, 1918, and she was educated at Columbia College and the University of Missouri in Columbia, MO, as well as Peabody University in Nashville, TN. A former teacher and homemaker, she was a member of Gamma Phi Beta sorority, the Matthews Women's Club, and Matthews United Methodist Church. Her immediate family includes her daughter-in-law Madeline Jones; her grandchildren, Leigh Wells and husband, Ken, Andy Jones and wife, Julie, and Ron Jones and wife, Mary; as well as seven great-grandchildren. * In lieu of flowers, memorials may be made to the Matthews Help Center, 232 North Trade Street, P.O Box 91, Matthews, NC 28106. -

Service Extra Info Graveside services will be held. The family would be honored by the presence of those who are able to attend.

To order memorial trees or send flowers to the family in memory of Marjorie L. Jones, please visit our flower store.