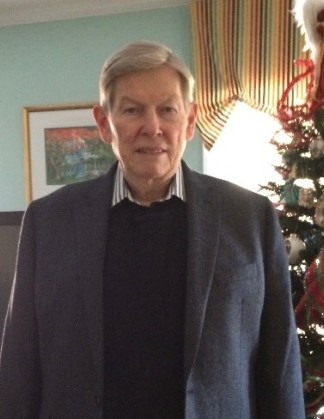 Philip Eldon McFarland, 75, went to be with the Lord on January 11, 2021. He was married to Aracely McFarland for 54 wonderful years.  For 43 years Phillip worked as a Pharmacist . At one point in his career he owed and operated his own Pharmacy. When Phillip was on his down time, he loved to watch and read things that had to do with science. He liked to know how things were made and created. Star Trek was one of his favorite things to watch and some would even identify him as a Treky. Phillip also had an interest in fishing and boating. Most Importantly he was a Christian and was a member of Laurel Baptist Church in Charlotte, NC.

Philip is survived by wife Aracely and son Jeff (Tammy).

Phillip is preceded in death by his father Bernard McFarland and his mother Betty Anne Bell. HIs brother Paul McFarland and son Patrick McFarland.

To order memorial trees or send flowers to the family in memory of Phillip Eldon McFarland, please visit our flower store.