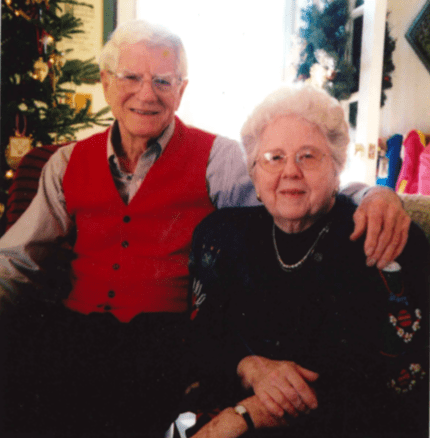 Robert “Bob” Stamper of Charlotte, North Carolina went to be with the Lord on December 12, 2019. He was 93 years old. The son of John and Fern Stamper, he was born in Jackson, Kentucky. A standout athlete in both baseball and basketball, he attended the University of Kentucky where he played Division I basketball for legendary coach Adolph Rupp. His team won the Southeastern Conference Championship in 1944. Bob graduated with a BS Degree in Mechanical Engineering from the University of Kentucky. He joined the U.S. Navy in 1944 and served in the Pacific theater during WWII. During that time he was a Coxswain, piloting amphibious landing craft that delivered Marines to the beaches during some of the most intense combat engagements of the war. After his military service, he began his business career with the National Cash Register Company (NCR) in Dayton, Ohio. He went on to work in senior level positions with Xerox, AMF Corporation and United Aircraft. Bob was married to Virginia Link for 55 years. They met while students at the University of Kentucky. She passed away on February 22, 2006 at the age of 78. Bob is survived by his three children – Katherine Sibben (Chagrin Falls, Ohio), Robert Stamper Jr. (Charlotte, NC)  and Susan Preble (Charlotte, NC). He was the proud grandfather of eight wonderful grandchildren – Erin, Chris, David, Anna, Christina, Matthew, Mary Kathryn and Sarah. Bob and Ginny were devoted members of Forest Hill Church in Charlotte. The strength of their Christian faith was reflected in every part of their lives, and conveyed to their children and grandchildren. Bob was known for his kind and easy-going demeanor, remarkable sense of humor, selfless devotion to family and faith, and deep pride in having served his country during war time. His was a unique blend of competitive athlete, soldier, successful businessman and encouraging Dad. At the conclusion of a life well-lived, he leaves a legacy of love and faith, having changed the trajectory of many lives, and setting a high bar for those following in his footsteps.

One of Bob’s most admired basketball players was NBA All-Star Pete Maravich, who wrote in a book to his children:

“My message to you is ‘Be There.’ Be there to meet your mother and me in heaven. We will be looking for you on that resurrection morning. Don’t let anything deter you from keeping that appointment. Jesus Christ is the source – the only source – of meaning in life. He provides the only satisfactory explanation for why we’re here and where we’re going. Because of this good news, the final heartbeat for a Christian is not the mysterious conclusion to a meaningless existence. It is, rather, the grand beginning to a life that will never end.”

“As each has received a gift, use it to serve one another, as good stewards of God’s manifold grace.”  1 Peter 4:10

In lieu of flowers, should you so desire, please make memorial donations to Hospice & Palliative Care, Charlotte Region at www.hpccr.org.

To order memorial trees or send flowers to the family in memory of Robert Cecil Stamper, please visit our flower store.