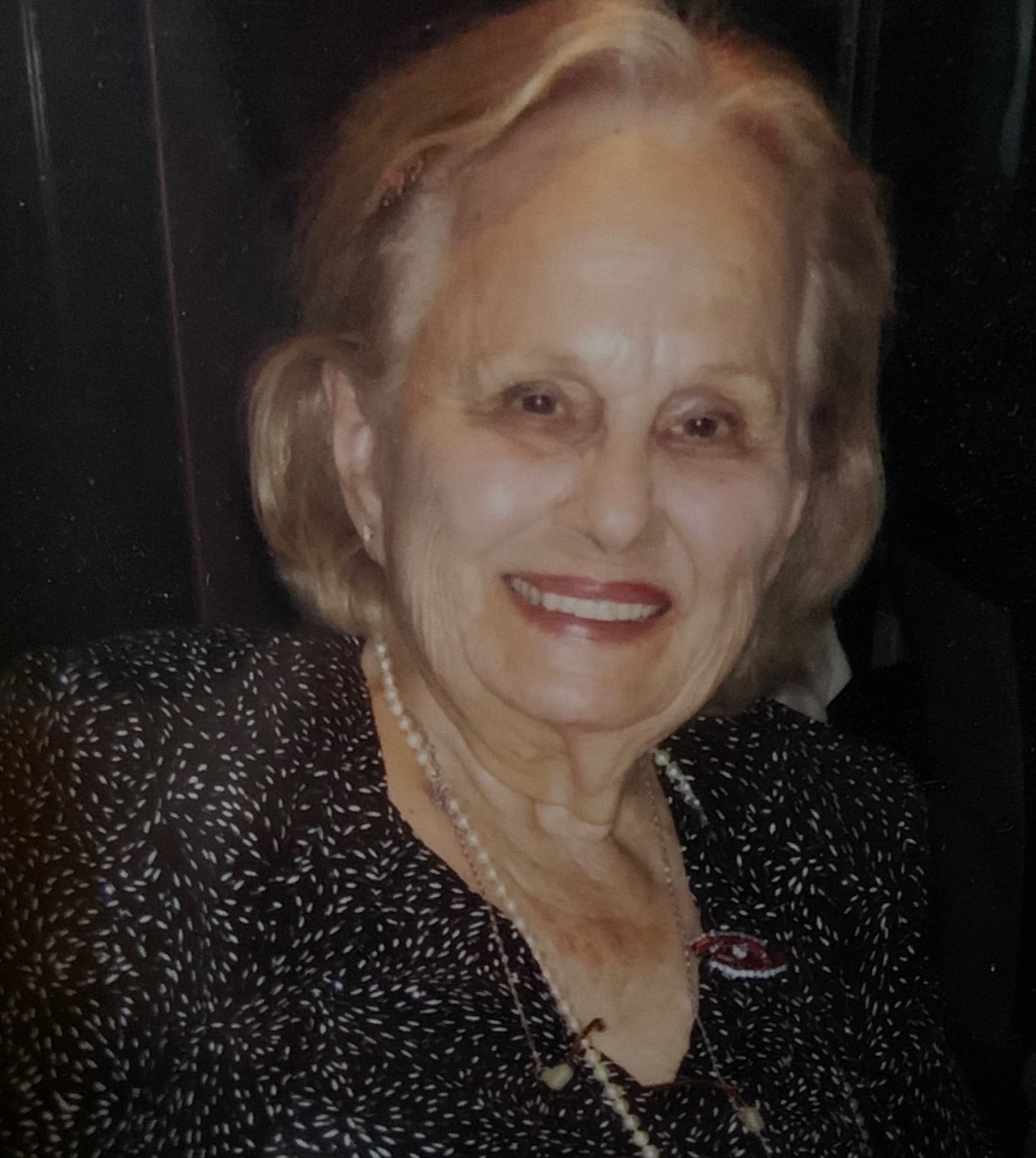 Mrs. Ruth Margaret Scott, 95, of Matthews, North Carolina passed away peacefully on Saturday November 6, 2021. She was born to Lester and Ruth Jennings in Okeechobee, Florida on April 23, 1926. She is survived by her husband James Henry Scott, Sr., her son Larry Scott (Laura), two grandchildren Sarah Robinson (Matthew) and Daniel Scott (Chelsea), and one great-grandchild, Alice Clare Robinson. Margaret was preceded in death by two sons, James Jr. and Thomas. The interment was held privately at Shiloh United Methodist Church Cemetery in Micanopy, Florida.

Margaret’s family moved to the Jacksonville, Florida area when she was a young girl. As a teenager, she completed high school early in Clay County, Florida and spent a year at Montverde Academy before enrolling in Nursing School at Emory University where she became an RN. She was an avid reader with a passion for writing and was a member of the first class of women receiving a Bachelor of Science in Journalism from the University of Florida. Margaret was in the Kappa Delta sorority at UF where she met her beloved Jim. Following their wedding in 1950, Margaret and Jim moved to Miami where they lived for more than fifty years. While living in Miami, Margaret taught high school and did a significant amount of work writing articles for medical journals, pharmaceutical and medical device companies, as well as conducting medical research projects. She also did a lot of volunteer work in the Miami area, particularly with the Museum of Science which included giving tours, making presentations in the planetarium, and writing a regular column in the monthly magazine.

Margaret enjoyed getting to know people, whether through playing golf, going to picnics or formal social events, participating in Sunday School classes and activities, interacting in writing clubs, or just being neighbors. Margaret and Jim traveled extensively – both domestically and internationally -- over their seven decades of marriage and visited multiple continents. After retiring, they worked as travel agents which gave them great knowledge of travel locations and provided them with many wonderful opportunities. Through booking thousands of trips for clients, Margaret developed computer skills back in the 1970s and 1980s which sparked her continued interest in technology.

Margaret loved the mountain retreat she and Jim called “Scott Spot” just outside of Asheville, which eventually became their main home. She made a point to invite guests to come stay throughout the spring and the summer over the years. In 2006, Margaret and Jim changed their “winter home” from Miami to Matthews, North Carolina when they moved into the Plantation Estates/Matthews Glen Retirement Community. In her later years, Margaret received wonderful care from the staff at Plantation Estates/Matthews Glen and she was so thankful for their dedication to the residents, as well as the family environment there.

As a child, she was a member of Avondale Baptist Church in Jacksonville and was married there. Her final church membership was with Biltmore Church in Asheville, and she regularly attended Carmel Baptist Church in Matthews. Margaret’s faith in God through her personal relationship with Jesus carried her through various hard times over her life. Despite the early loss of her father and of two of her sons, she considered herself to be very blessed in life. She will be greatly missed by her family and friends who will remember her indomitable spirit and loving heart.

The family dearly appreciates the many cards and messages of support that have been received from loving friends. If you want to make a donation in remembrance of Margaret or in her honor, the family suggests that you consider a gift to Charlotte Rescue Mission (www.charlotterescuemission.org).

To order memorial trees or send flowers to the family in memory of Margaret Scott, please visit our flower store.