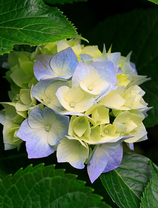 Sara Jane Hoover, active in the Charlotte community and a member of the Belmont Sports Hall of Fame who taught hundreds of Belmont and Charlotte school children to swim then watched over them from a lifeguard's chair, died June 9, 2013 after a short battle with brain cancer. Sara never met a person or a creature she didn't care deeply about. Her strength, fortitude, compassion and caring, especially in the face of a quickly advancing illness, inspired everyone involved in her care, including a nurse who vowed to overcome her fear and learn to swim in Sara's honor. Sara attended Belmont schools and graduated in 1973 from South Point High School, where she was a starter on a team that won the NC 3A championship two years in a row, a feat still unmatched. She was a star athlete who played third base on the Tri-Angels and Roadrunner softball teams, two competitive clubs that thrived in the days when few team sports were available to women. She taught swimming and lifeguarded at Suttle's Swim Club. Sara, an avid reader and lifelong learner, worked for 28 years for Graphic Packaging in Charlotte. Sara is survived by her twin sister, best friend and soul mate, Elaine Hoover of Greensboro. She is also survived by her older brothers Benny Hoover of Mt. Holly and Michael Hoover of Belmont, and nieces Kim Burnette, Ashley Hoover, and Carla Hoover. Also surviving Sara are countless friends touched by her kindness. In lieu of flowers, Sara would want donations to be made to the Humane Society of Charlotte www.humanesocietyofcharlotte.org or to Victory Junction Gang Camp giving@victoryjunction.org. -

To order memorial trees or send flowers to the family in memory of Sara Jane Hoover, please visit our flower store.