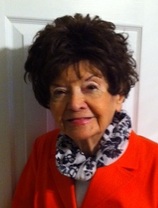 Theresa , "Teddy" Ferreira, of Charlotte, NC formerly of Los Angeles, CA passed away on August 13, 2014 at 9:55 PM, at home surrounded by loved ones. She was born in Globe, AZ October 15, 1918 to the late Charles Garcia and Josefina Hildago. She married the late Alex Ferreira on June 6, 1942 for 52 years, in Los Angeles CA. She relocated to Charlotte, NC in 2008 to live with her daughter. Teddy occasionally worked outside the home in sales, which she loved, but her main occupation, which she was passionate about, was being a wife, mother and grandmother to her family. Because of her love for people, she continuously reached out to neighbors and those in need. She always had a word of encouragement for everyone she met. Because of her loving nature, many referred to her as "mom" and "grandma Teddy" For over 25 years she and Alex were passionately involved in local, state and national politics. She also volunteered for many years with St. Mary's Catholic Church and the National Heart Association. She was survived by two daughters, Joanne (Rey) Flores of Holiday Island, AR: Lillian (Gene) Johnston of Charlotte, NC; nine grandchildren; and nine great-grandchildren. She was also mother to Carol Ann Rogacs, who preceded her in death. In lieu of flowers, the family request donations be made to the Wounded Warrior Project https://support.woundedwarriorproject.org/default.aspx?tsid=66g -

To order memorial trees or send flowers to the family in memory of Teddy Ferreira, please visit our flower store.