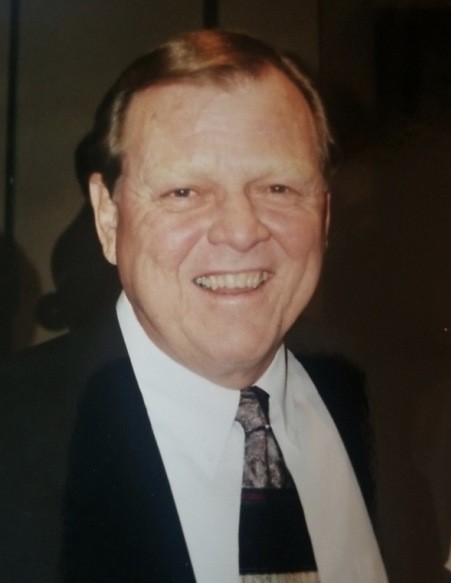 William “Bill” Rainey Hawkins, Jr., 82, passed away peacefully on January 8, 2020, at Plantation Estates in Matthews, NC, after a courageous battle with Parkinson’s disease.  He was born on March 3, 1937 in Anderson, SC but grew up in Durham, NC.  He was the son of the late William Rainey Hawkins and Martha Inez Harris Hawkins.

Bill graduated from Durham High School in 1955, and from North Carolina State University in 1960 earning a Bachelor of Science Degree in Industrial Arts.  Bill then enlisted in the US Army and was stationed in both Edgewood, MD and Heidelberg, Germany, where he served with the 503rd Transportation Unit until his honorable discharge in 1962. Following his military service, Bill began his professional career with International Harvester. In 1966, he married the late Merrie Rose Caldwell, the love of his life, and moved to Fayetteville, NC. In 1967, he accepted a position with Mitchell Distributing Company in Raleigh, NC, eventually transferring to Charlotte, NC after a promotion to Sales Administrator of heavy equipment. He retired in 1999 after 32 years of dedicated service.  Shortly thereafter, he formed Hawkins Equipment Company and managed it until his permanent retirement in 2016.

Bill had the heart of a servant and pressed the importance of strong faith, good work ethic, good manners, kindness, steadfast integrity, and civic responsibility.

Forever exemplifying servant leadership, Bill was very active in his Mint Hill community. He was a longtime member of Philadelphia Presbyterian Church where he served as Deacon, a part-time teacher for the Philadelphia Sunday School Class, and was a founding father of the Historic Cemeteries Committee. He and fellow volunteers spent several years respectfully restoring two of the church’s historic cemeteries, which date back to the 1700s. Bill also served his community as a coach for the Mint Hill Athletic Association, as a member of the Mint Hill Land Use Advisory Committee, and as a volunteer with Boy Scout Troop 65.

Bill was an avid Wolfpack fan and blessed with a wonderful sense of humor. He never met a stranger and was loved by everyone he met making friends wherever life led him.  He was a kind, sweet, and charming man who loved his family more than anything.  He cherished the time he spent with his family and friends on his property on the banks of the New River in Piney Creek, NC, where he began the committee that formed the private community of Weaver Hollow Landowners Association.  During each visit to Piney Creek, he always found time to visit friends in the area.

A service to celebrate and honor Bill’s life will be held at 2:00 P.M. on Sunday, January 19th at Philadelphia Presbyterian Church with receiving immediately following the service in the church rotunda.

The family would like to thank Dr. Peter Copsis of Mecklenburg Medical Group, Dr. Andrea Diedrich of Carolina Neurological Clinic, Dr. Danny Honeycutt, and the Plantation Estates caregivers for the kind and loving care they provided for Bill.

To order memorial trees or send flowers to the family in memory of William Rainey Hawkins, Jr, please visit our flower store.