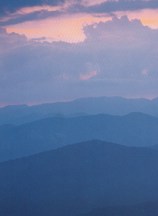 Wilmer E. Hansen "Hap", a resident of Plantation Estates in Matthews, NC, passed away in his apartment on December 28, 2014, with loving family members at his side. Hap, whose wife Ruth passed away in 2013, is survived by his daughter, Karen H. Schulze residing in Philadelphia, PA with her life partner Marshall Asnen; his son Kent A. Hansen residing in Boulder, CO with his wife Cathy; his granddaughter, Kristen S. McDermott residing in Mount Pleasant, SC with her husband Jason; and his grandson Derek R. Schulze residing in Charlotte with his wife Jennifer and their two children Sydney Anne and William Hudson, Hap's great-grandchildren. Hap was born in Grand Island, NE. He graduated from the US Naval Academy in Annapolis, MD in 1945. He served in both World War II and the Korean War and retired from the Navy as a Lieutenant Commander in the Naval Reserves. In 1952 Hap and his family moved to Wilmington, DE where they would reside for the next 48 years. In 1972 he became President of Brandywine Raceway, one of the leading harness racing tracks in the US. In 2000 Hap and Ruth moved to Plantation Estates where they initially pursued their hobby of travelling. Hap was involved in resident organizations and activities at Plantation Estates. He also strongly supported the local Salvation Army and was a member of the First Presbyterian Church of Charlotte's congregation. In lieu of flowers, the family suggests a contribution in memory of Wilmer "Hap" Hansen to Hospice & Palliative Care Charlotte Region (www.hpccr.org) or a charity of your choice. - -

Service Extra Info A service in celebration of Mr. Hansen's life will be held in the Auditorium.

To order memorial trees or send flowers to the family in memory of Wilmer Eugene "Hap" Hansen, please visit our flower store.